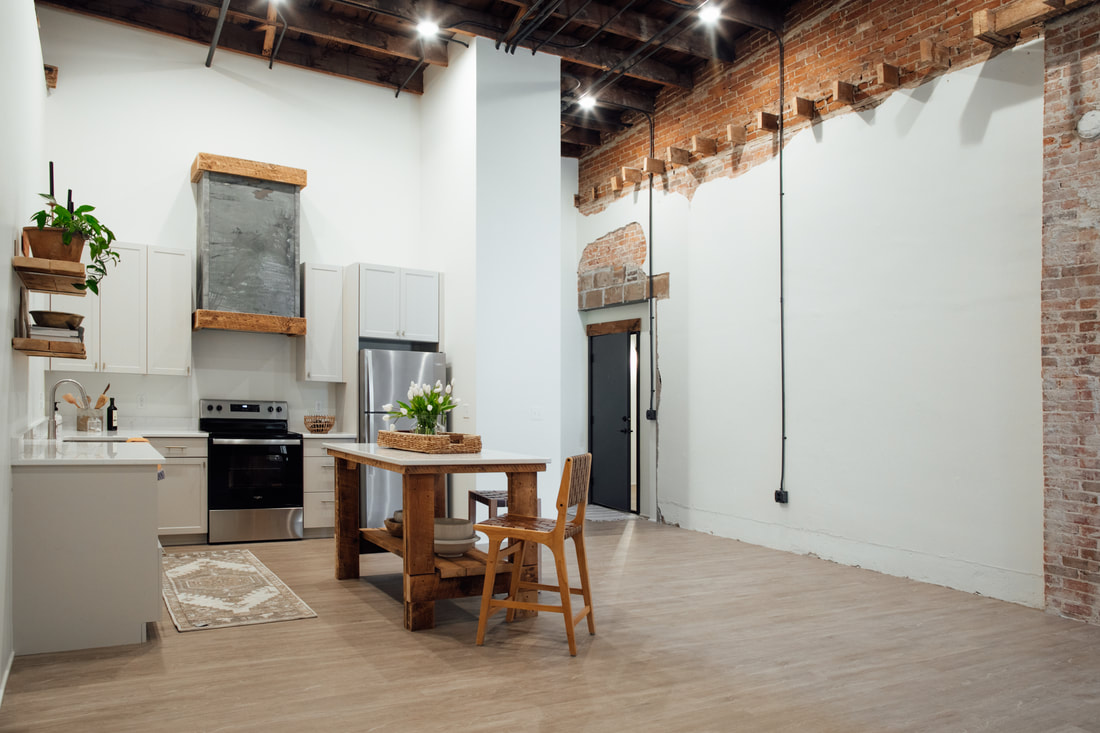 In the fall of 1936, Mr. and Mrs. H.C. Frederick opened a small family-operated furniture store in downtown Grundy Center, Iowa.  In 1963, the successful business expanded into the neighboring building and a remodeling project took place.  While the updated configuration worked well for the furniture store, much of the original detail (dating back as far as 1879) was lost.

After over 80 years in business the furniture store closed in 2017, leaving a large gap in the downtown of this small county seat.  An empty building can quickly fall into disrepair, but thankfully that was not to be the case here.  A new building owner wanted to breathe new life into the double storefront while the upper story of the building was developed into four apartments using a pilot program through Iowa Economic Development Authority.
Below you can see the progression of the building from its earliest days (at left),
to shortly after it became Frederick Furniture (center photo, ca. 1940),
​to what it looked like from 1963 until recently (on the right). 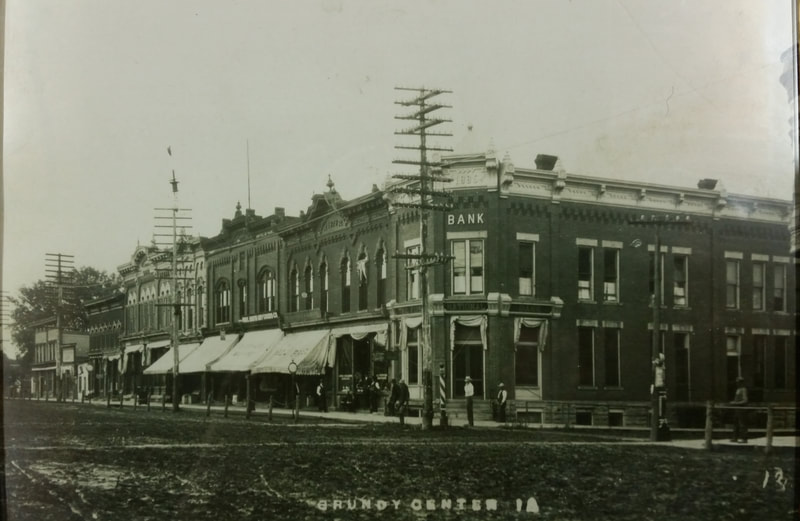 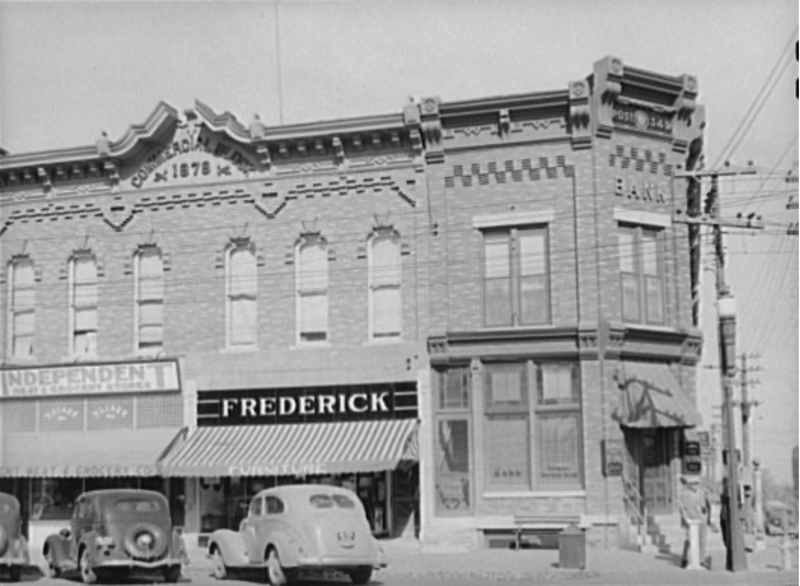 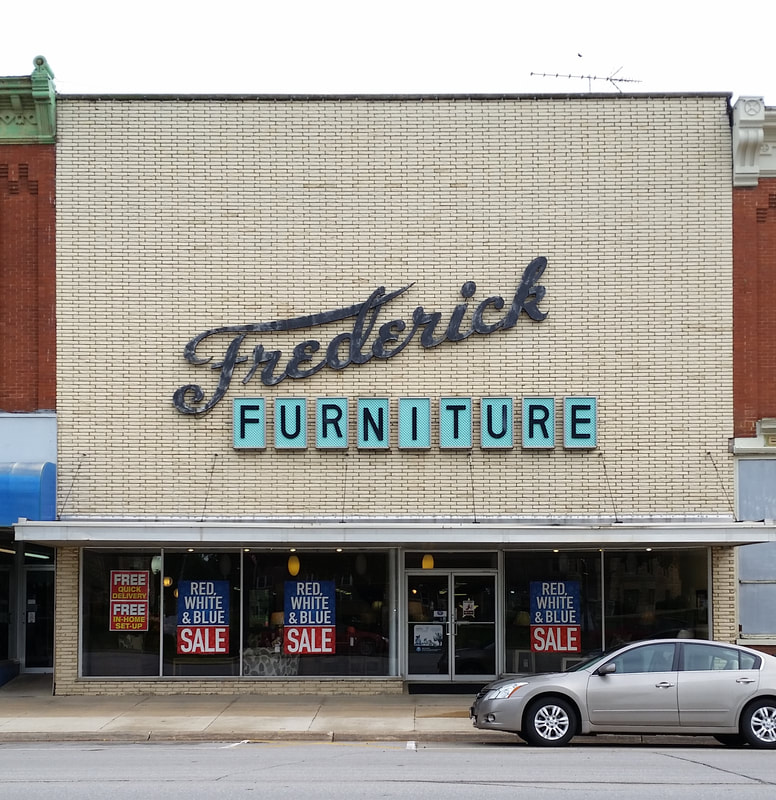 ... and the building facade as it looks today.
Updates of the 1960s were removed and much of the previously covered front was restored to at least somewhat resemble its original appearance.  With the original details almost completely obliterated, windows had to be cut into the front brick facade.  The street level glass storefronts were allowed to remain.  The elevator shaft was removed as well as a mezzanine and an office on the main floor which created a more open space for a business.

The second floor was divided up into four unique apartments which display a modern flair mixed with elements from the past.  Exposed brick was left to showcase the artistry of masonry work from another era.  Ceilings were left open to show the original wood construction.  The double height ceiling space near the front of the building was utilized to create loft spaces for two of the apartments. 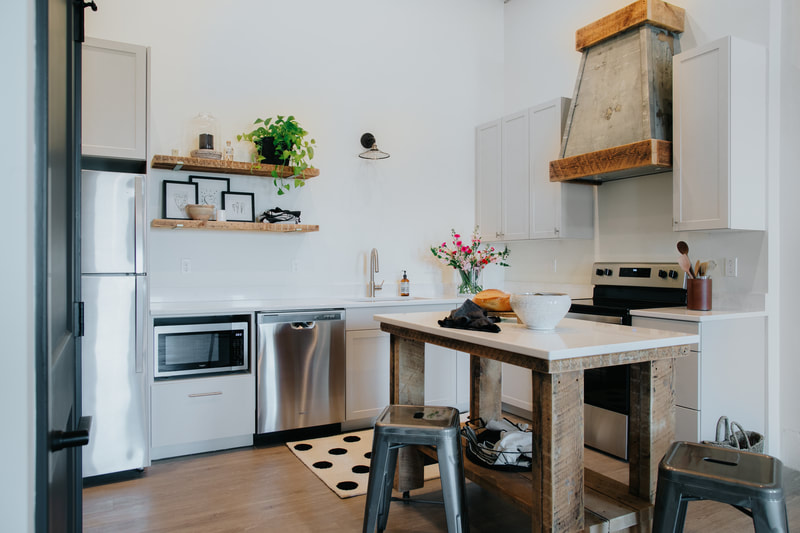 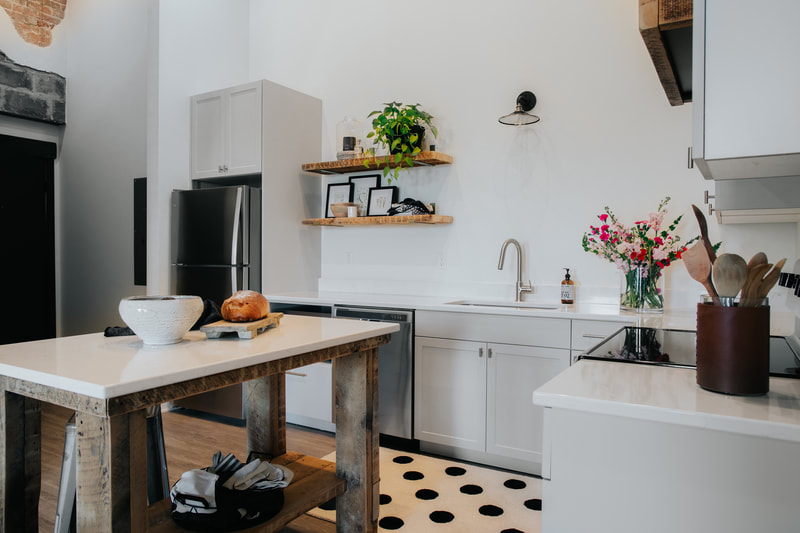 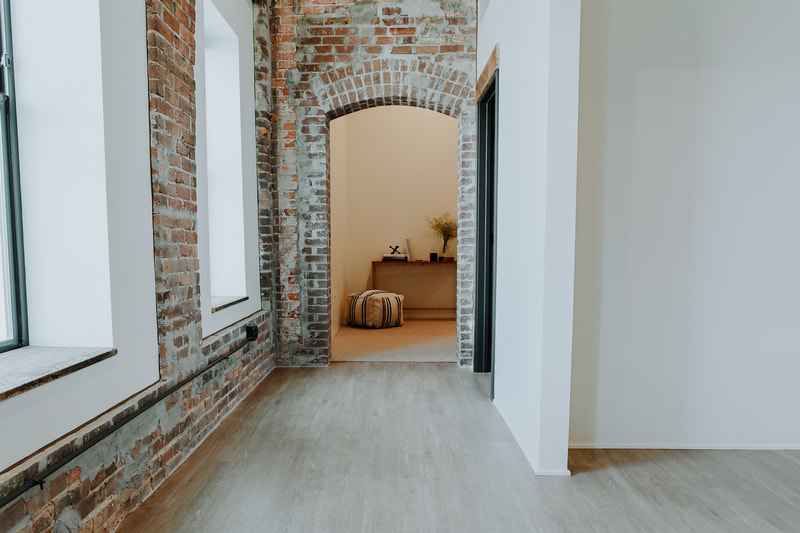 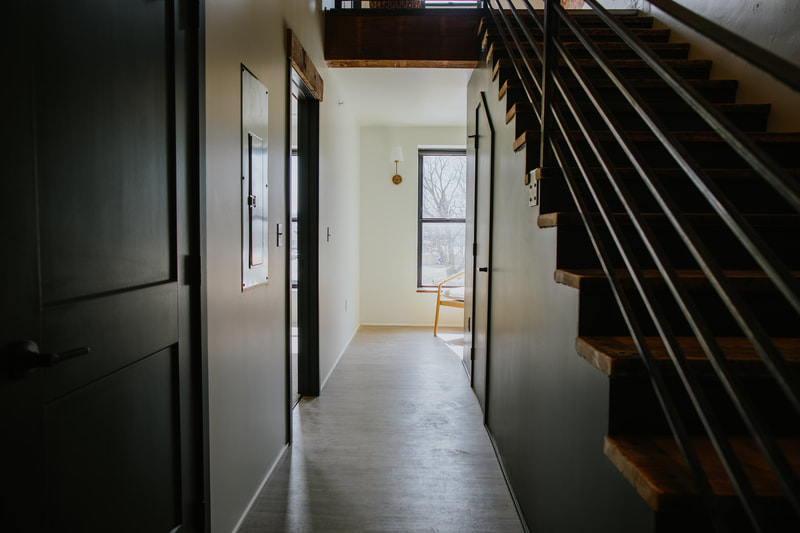